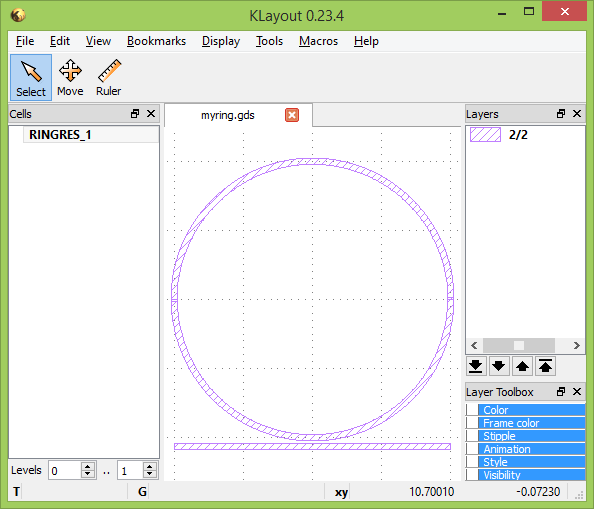 A layout of a ring resonator with the used parameters

In IPKISS the actual layout is build by adding elements to the layout view. Elements refer to objects that can be placed on a GDSII layer (see Elements for more information on the different types of elements). We add elements by defining the specific method _generate_elements.