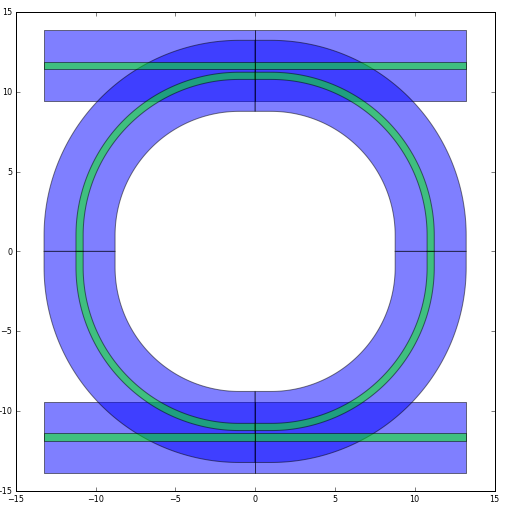 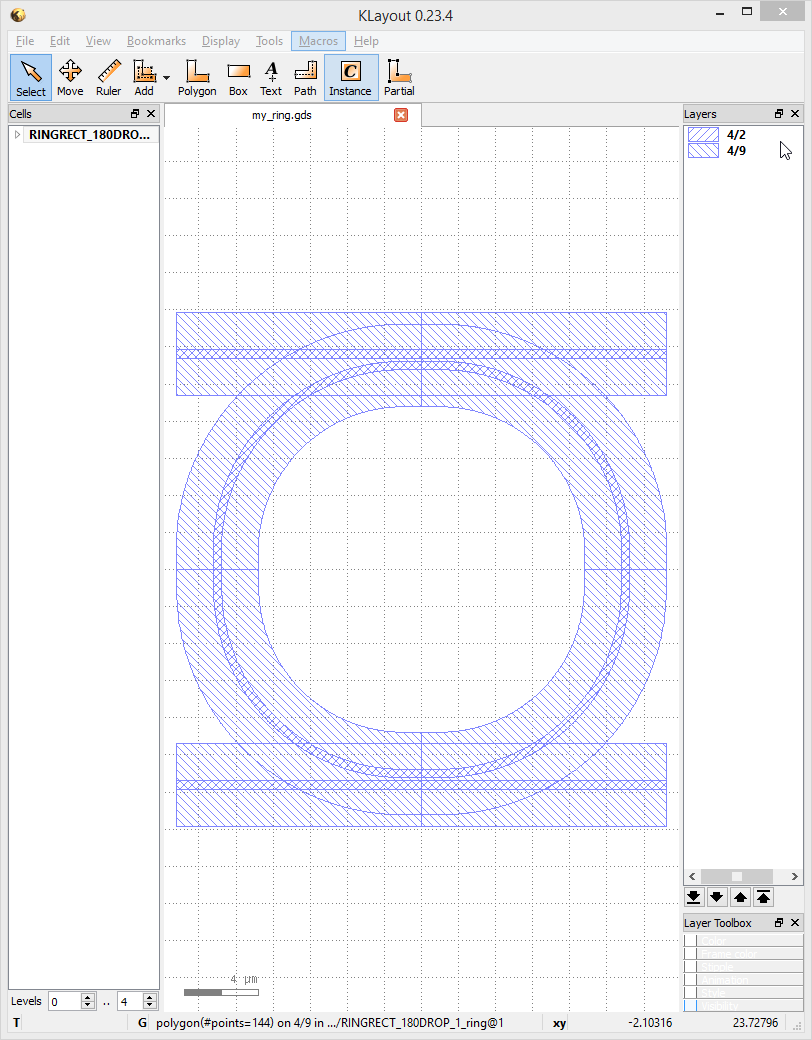 Circuit model of the ring¶ 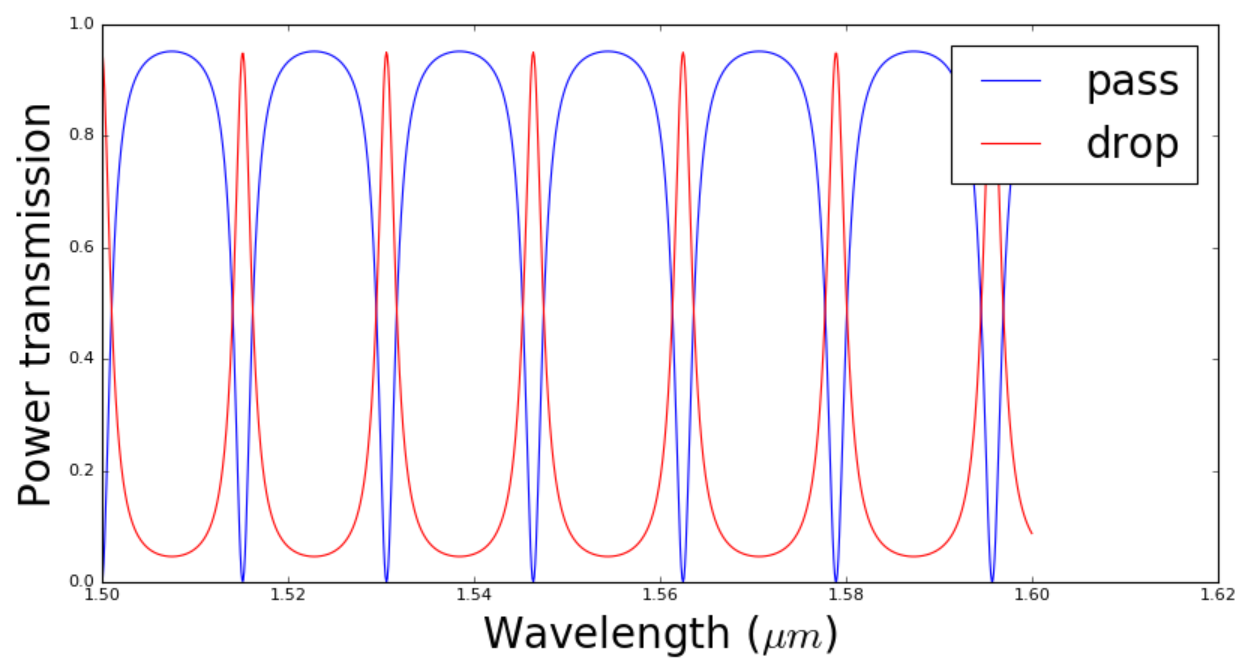 Simulation result of the ring resonator.¶ 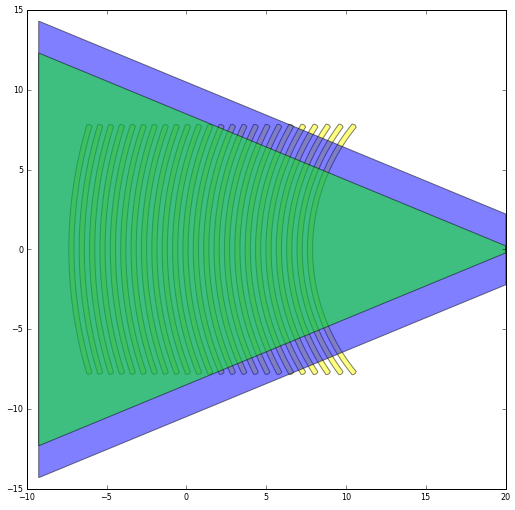 Layout of the grating coupler.¶ 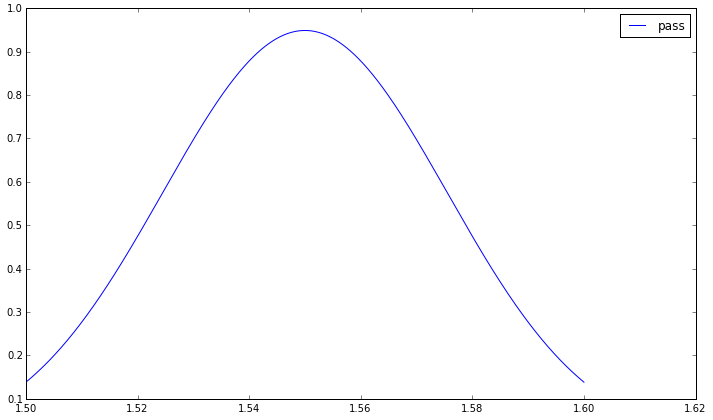 Transmission of the grating coupler as a function of wavelength.¶