This tutorial introduces the major concepts you need to know to start designing. They are also explained in the glossary (design automation).

Conceptually, the circuit that we want to make is composed of a ring resonator and 4 (identical) grating couplers, connected using waveguides. 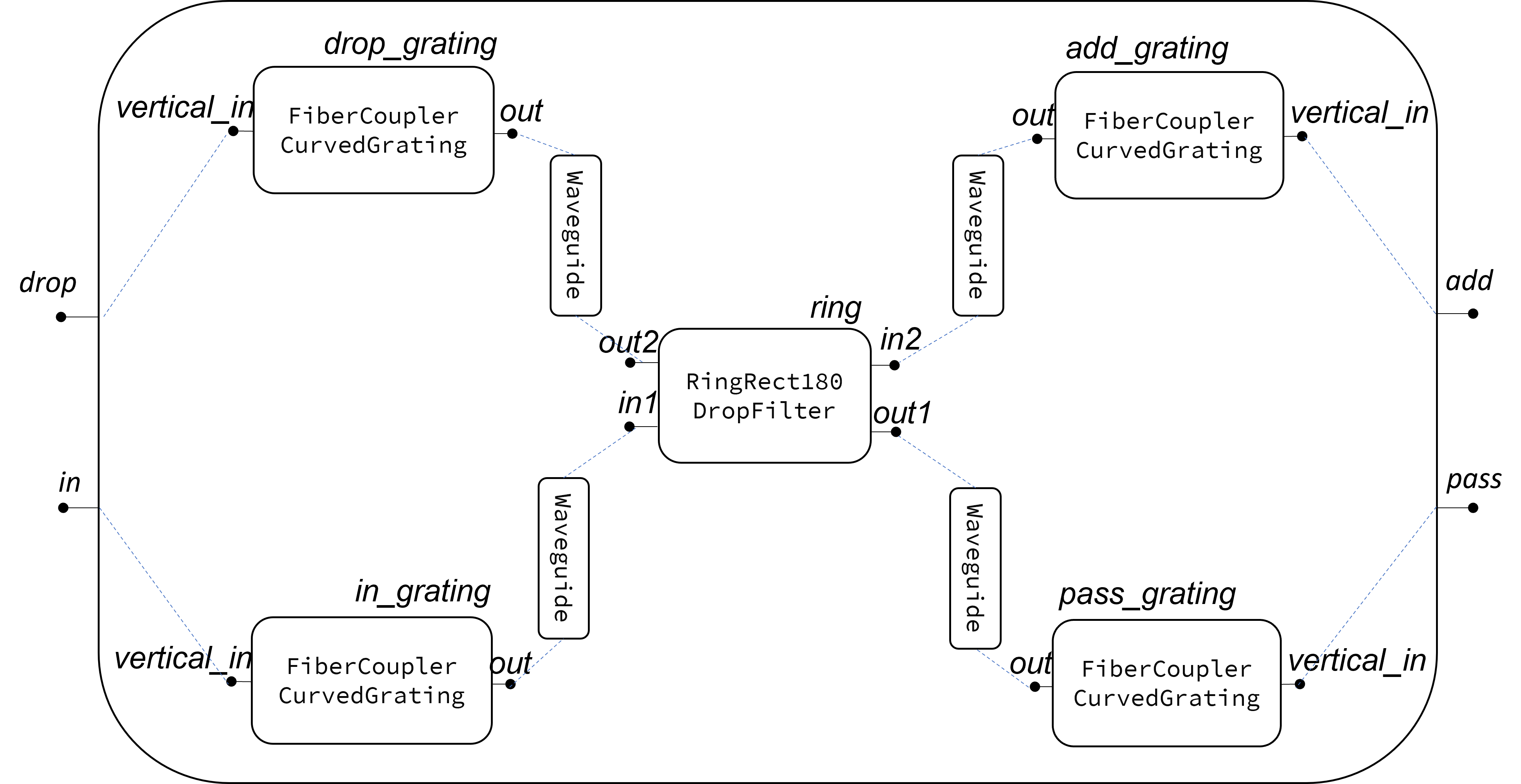 The FiberCouplerCurvedGrating and RingRect180DropFilter are examples of parametric cells or PCell in short. Each PCell can have multiple Views that represent the information necessary for a specific aspect of the design:

FiberCouplerCurvedGrating is an example of an Atomic PCell.

As opposed to an atomic cell, a circuit is composed from atomic cells and/or other circuits in a hierarchical fashion.

The concepts required to design a circuit are:

Within IPKISS, there is no conceptual difference between atomic cells and hierarchical cells: both can perfectly be defined using the same i3.PCell class. You can only see it in how they are composed.

A circuit or hierarchical cell is composed from other cells, describes as a parent (the circuit) - child (the cells of which the circuit is composed) relationship. Child and Parent are just a predicates in the context of hierarchical design: IPKISS has no specific concept of a child or parent cell. They are just i3.PCell objects like any other.

In the example circuit, there are 3 child cells objects:

A Cell (i3.PCell object) which represents a circuit, consists of Instances of other Cells. These child cells can be atomic or circuits themselves. Such a reference to another cell is called an Instance. In other words, one cell can be instantiated into another to make a hierarchical circuit.

As is the case in the example, one (child) cell can have multiple instances within the circuit: 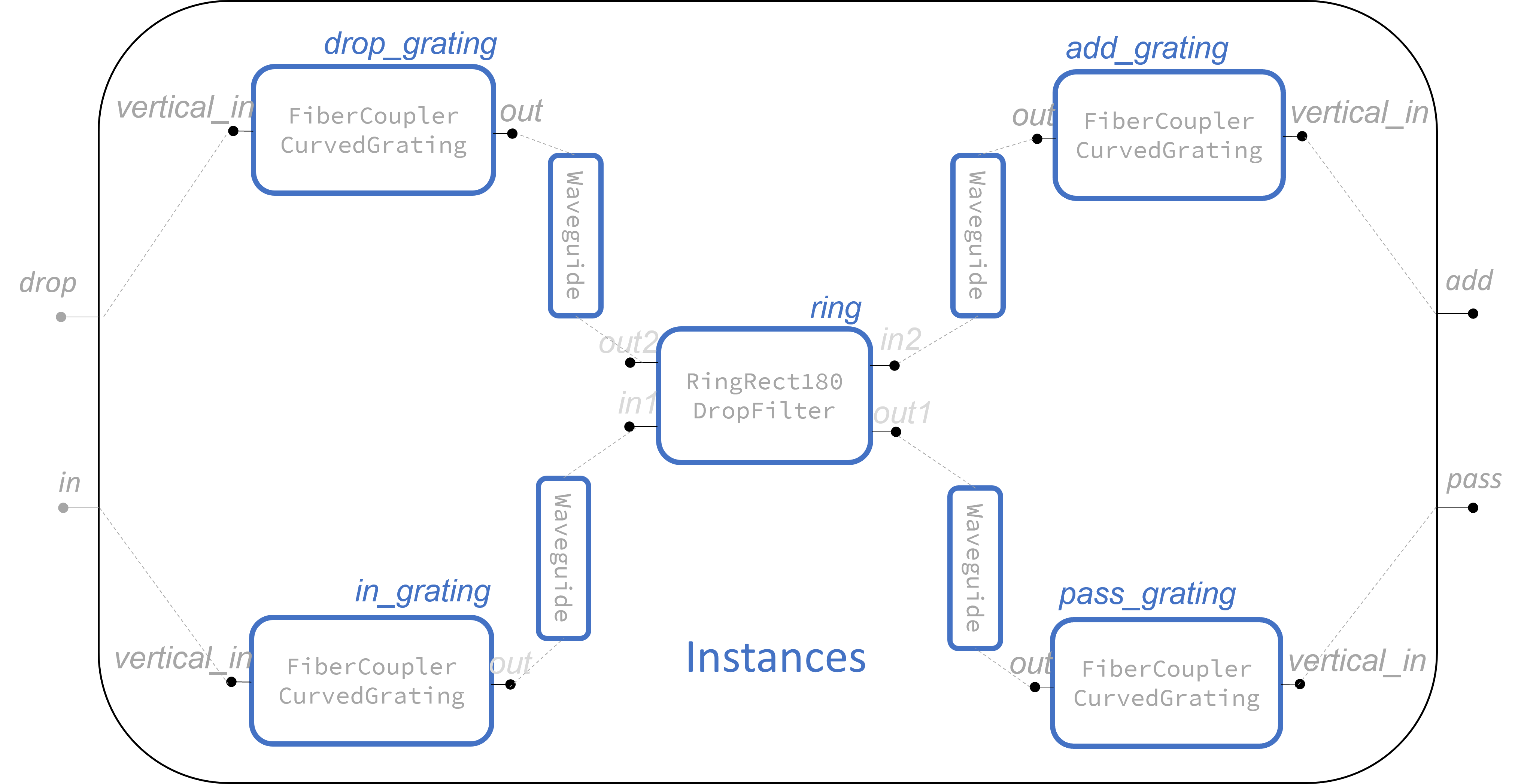 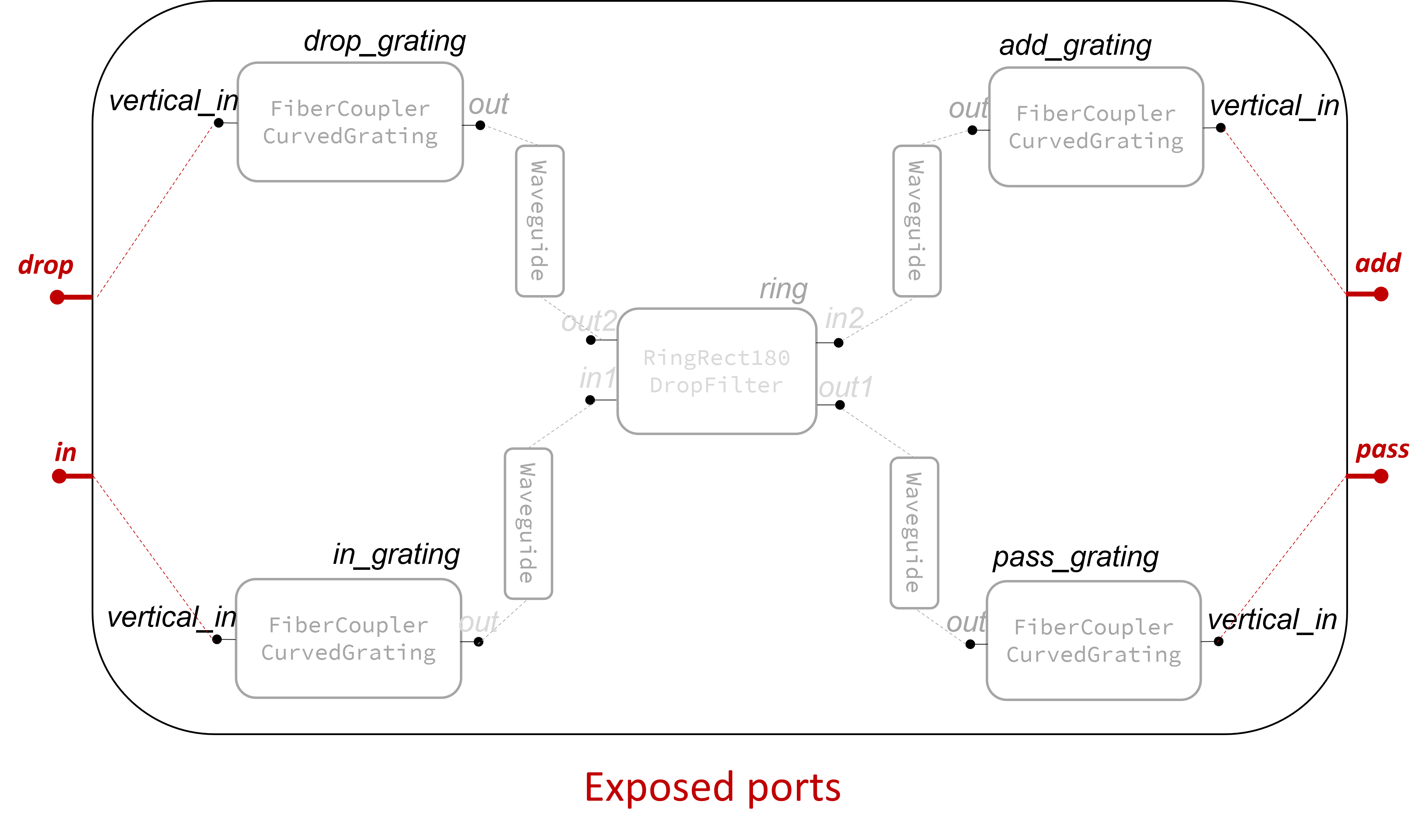 In order to make placement of the instances and routing of waveguides easier, the circuit can be created on the basis of Placement and Routing specifications.

To facilitate the routing of waveguides, IPKISS provides Connector classes (see Connector Reference) that package the logic to calculate the Route and draw the waveguide. This can also be used for RF or electrical routing. 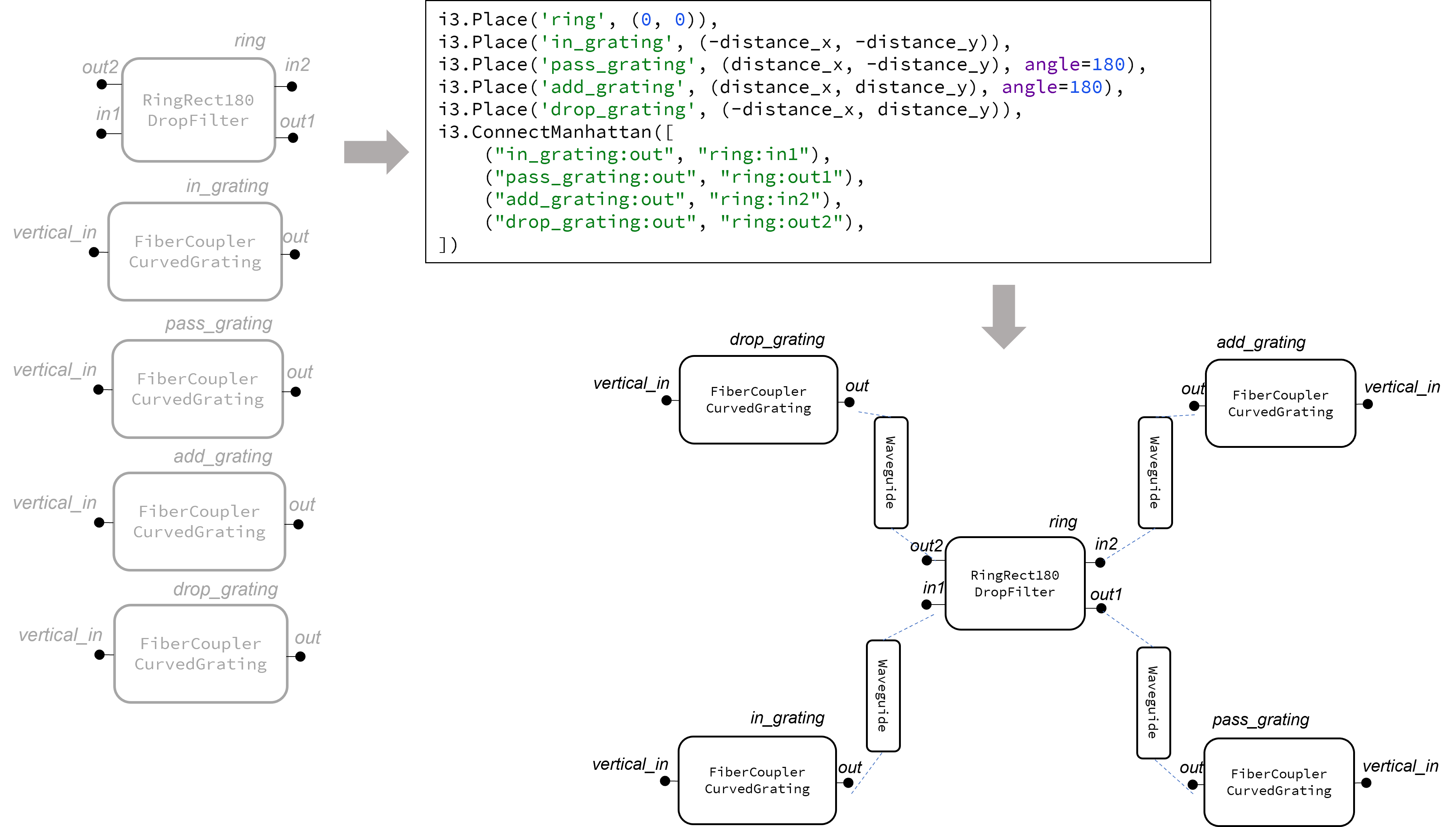 The final layout will then contain also the Waveguide instances.