The purpose of IP Manager’s testing features is to ensure that everybody in a team can safely contribute to libraries of photonic design IP.

By setting up regression test coverage on a design IP library or process design kit (PDK), the team creates a controlled workflow in which changes to devices and circuits, or changes in underlying algorithms, can be caught.

Design IP has a broad scope: from basic building blocks to full-fledged circuits including many components. For IP Manager, there is no difference between a small building block or a large circuit: all of them can be covered with tests.

Changes to design IP can be intentional or unintentional, and IP Manager provides a workflow for both.

The figure below shows the main features and workflow with the IPKISS IP Manager module: 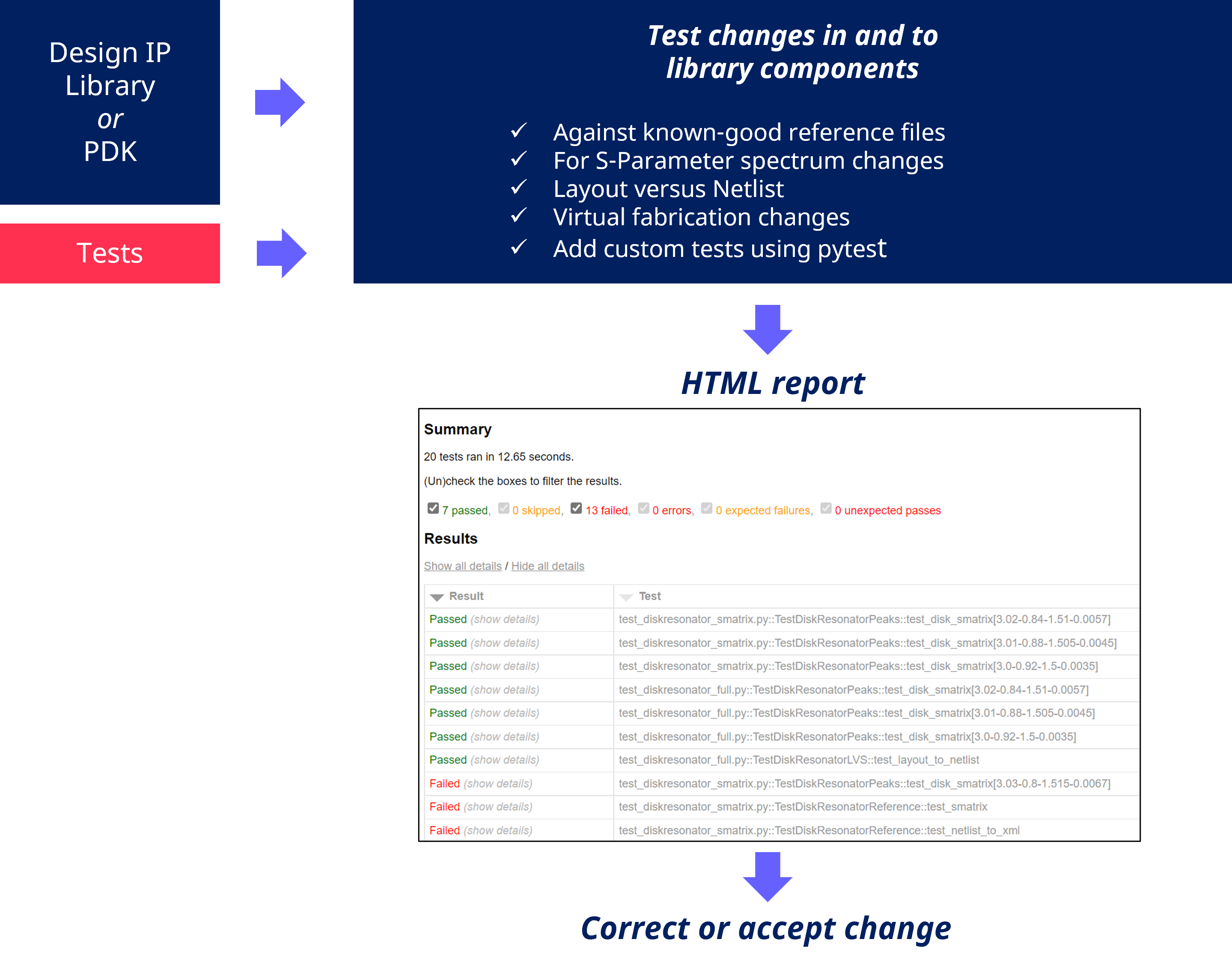 Concept of regression testing and change control with IP Manager

After running tests, a report is made which captures the results and output of the tests. In this way, anyone changing or monitoring the library quickly gets a pass/fail assessment, and can find out what changed in case a test starts failing.

Design IP library developers and maintainers can choose which aspects to cover with tests. Layout, netlist, model can all be tested together but just testing one aspect of a cell or a full library is equally possible. It is however advised to make the test coverage as wide as possible from the start. A relatively small investment in defining tests early on, and creating the habits and workflow around it, will pay off a lot on the longer term. 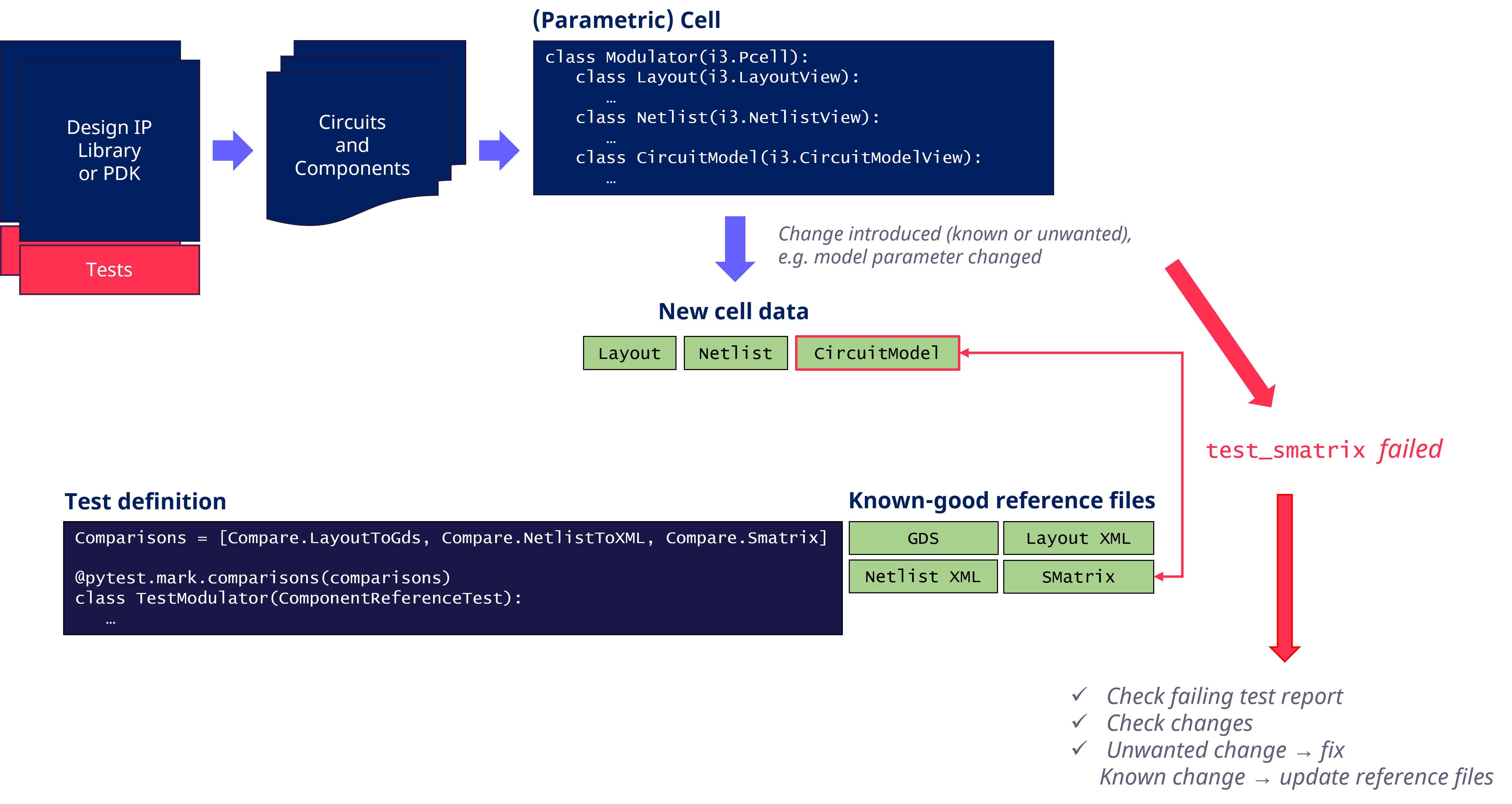 IP Manager compares the current data generated by a PCell’s views (LayoutView, NetlistView or CircuitModelView) to known-good reference files. It can do so in various ways:

Depending on whether a change is intentional or unintentional, the cause of action will differ. In the first case, one will regenerate the known-good reference files, after carefully verifying that the new output is correct. In the latter case, one will want to revert the change or fix the bug and validate that the tests are all passing again after the fix.

Follow the tutorials to get started with first tests and increase test coverage. After that you can explore some of the more advanced features.